35th Anniversary Screening Of Bowie's "The Man Who Fell To Earth"

Director Nicolas Roeg’s 1976 sci-fi feature "The Man Who Fell to Earth", starring singer David Bowie, in his first big screen acting role, based on the 1963 novel of the same name by author Walter Tevis, will screen again in the US, starting June 24, from Rialto Pictures, in celebration of the film's 35th anniversary : 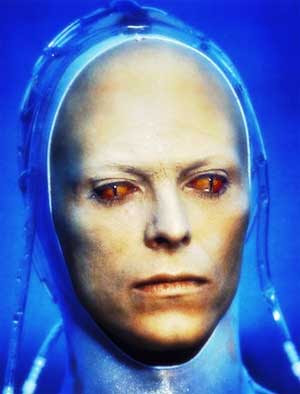 "...'Thomas Jerome Newton' (Bowie) is a humanoid alien who comes to Earth from a distant planet seeking a way to bring water back to his home planet 'Anthea', which is experiencing a terrible drought. 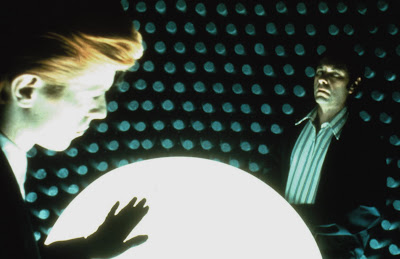 "Newton uses the advanced technology of his home planet to patent many inventions on Earth, and rises to incredible wealth as the head of technology-based conglomerate 'World Enterprises Corporation', assisted by patent attorney 'Oliver V. Farnsworth' (Buck Henry). Secretly, this wealth is needed to construct his own space vehicle program in order to ship water back to his planet. 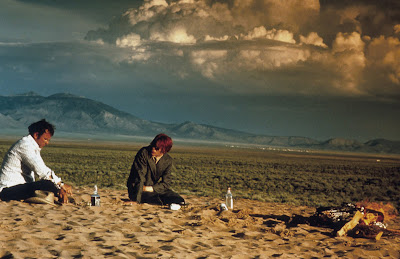 "While in New Mexico, Newton meets 'Mary-Lou' (Candy Clark), a lonely, unloved, and simple girl working as maid, bell-person, and elevator operator in a small hotel. 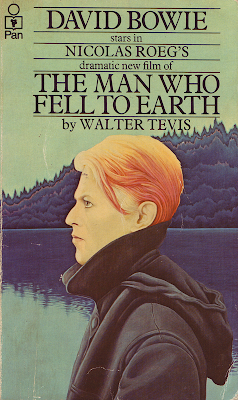 "Soon, a love affair begins between the two, and Mary-Lou introduces Newton to many customs of Earth culture, including church-going, fashion, alcohol, and humanoid sex. However, his appetite for alcohol and television become crippling, slowly souring his relationship. 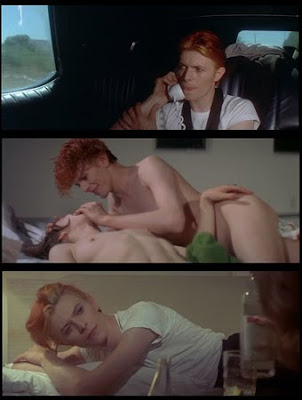 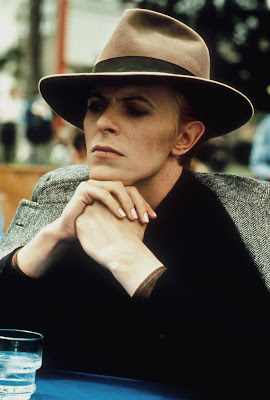 Click the images to enlarge and Sneak Peek "The Man Who Fell To Earth"...
at 7:03 PM