Courage Is Stronger Than Steel 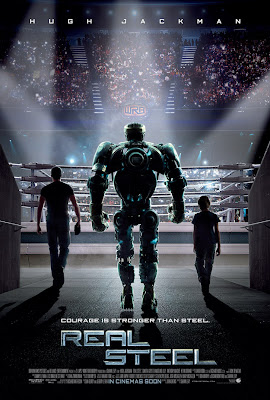 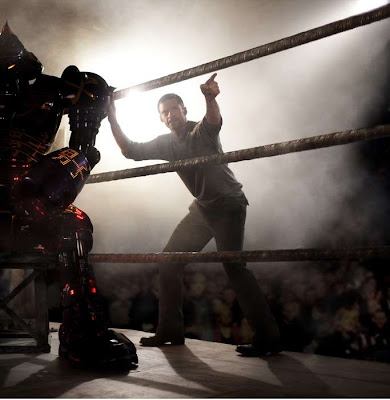 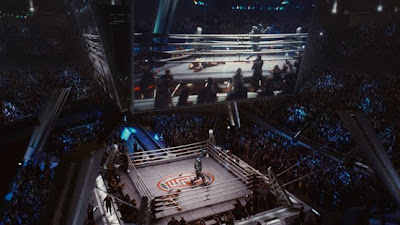 "...A gritty, white-knuckle, action ride set in the near-future, where the sport of boxing has gone hi-tech, 'Real Steel' stars Hugh Jackman as 'Charlie Kenton', a washed-up fighter who lost his chance at a title when 2000-pound, 8-foot-tall steel robots took over the ring. 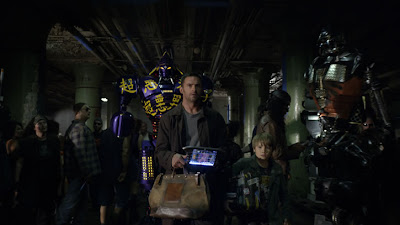 "Now nothing but a small-time promoter, Charlie earns just enough money piecing together low-end 'bots' from scrap metal to get from one underground boxing venue to the next. 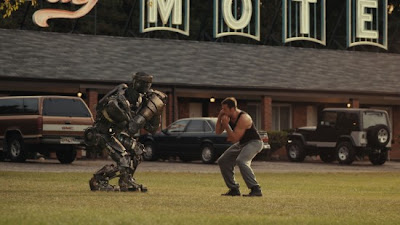 "When Charlie hits rock bottom, he reluctantly teams up with his estranged son 'Max' (Dakota Goyo) to build and train a championship contender. 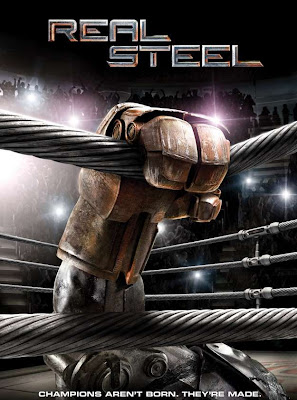 "As the stakes in the brutal, no-holds-barred arena are raised, Charlie and Max, against all odds, get one last shot at a comeback..." 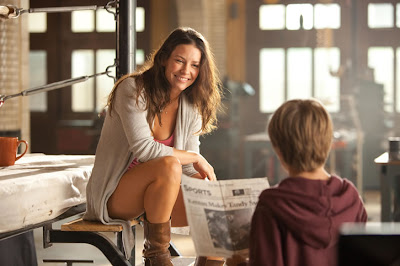 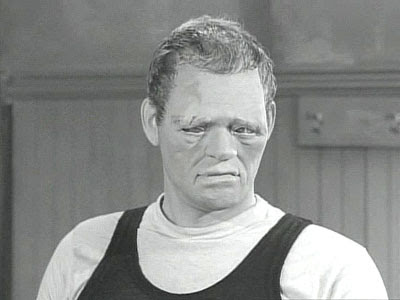 "Real Steel", based on author Richard Matheson's short story,
was previously adapted for the 1963 "Twilight Zone" episode "Steel", written by Rod Serling, focusing on a world where human boxing has been outlawed in favor of a field dominated by 'fighting robots'. 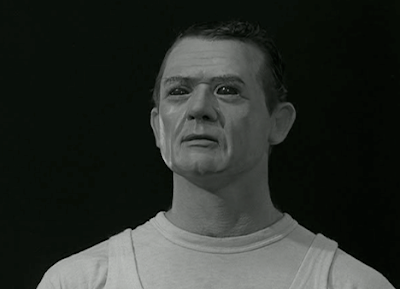 "Real Steel" is one of 17 projects Spielberg and Stacey Snider retained as part of DreamWorks' split from Paramount.