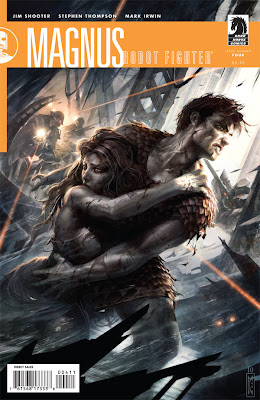 Dark Horse Comics' "Magnus, Robot Fighter"#4, available May 25, 2011, is written by Jim Shooter, with illustrations by Bill Reinhold and a cover by Raymond Swanland : 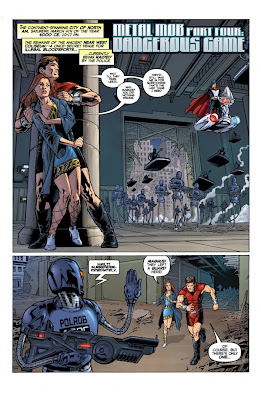 "...If you hunt and kill a man, it's murder, but what if it's a robot with advanced artificial intelligence? To 'Magnus', that's murder, too. 'Capo Andronicus' runs a 'safari' racket patronized by the idle rich, who pay to track sentient 'Q-ROBs' deep in the lawless 'Goph Lands'. Tonight's prey: 'Q-ROB Steelhammer'. 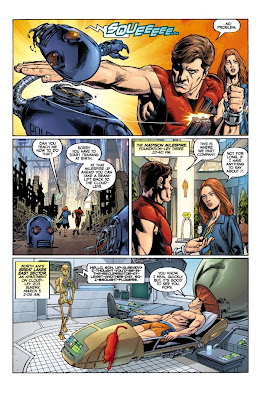 "Even though Steelhammer is a human killer, Magnus cannot allow him to be hunted like an animal. But interfering with the hunt makes Magnus prey as the robot fighter confronts 'Timur' in a battle for the ages..."
Click the images to enlarge...
at 6:39 PM