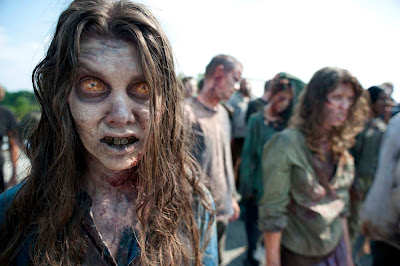 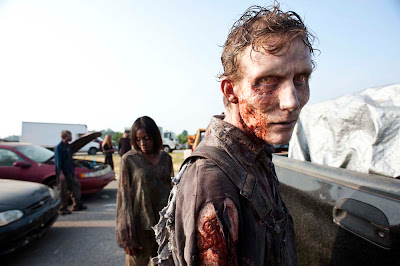 AMC renewed "The Walking Dead" for the second season's additional 13 episodes, after airing for only 2 weeks into the first season, averaging 3.5 million viewers, 18-49, per episode. 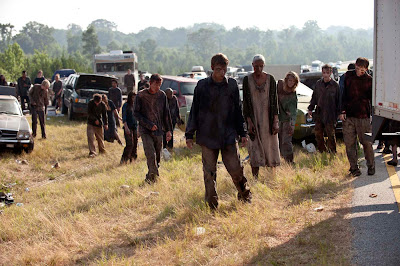 Developed during the first season by director Frank Darabont, based on the horror comic books created by Robert Kirkman and Tony Moore, "The Walking Dead" debuted on AMC, October 31, 2010 with a 90-minute episode airing during the network's "Fearfest".

The series follows the aftermath of a zombie apocalypse as a small group of survivors, travel across a desolate America in search of a new home away from the shuffling hordes of the undead 'walkers'.

The group is led by 'Rick Grimes', who was a sheriff's deputy in a small Georgia town before the zombie outbreak. As their situation grows more hazardous, the group's desperation to survive pushes them to the brink of insanity.

At every turn they are faced with the unbearable horrors that come from having the dead walk again, the changing dynamic of their group, as well as facing hostility from the scattered remains of a struggling human populace who are focused on their own survival, now that the structures of society have collapsed.

Season two will feature Grimes' group of survivors leaving Atlanta for the countryside, including the 'Greene' family farm, a setting in the comic book series.

Click the images to enlarge and Sneak Peek "The Walking Dead", and the 2010 "Toronto Zombie Walk", featuring the theme-song "Zombie Rock"...