"The Spectre" Glides Over To Fox 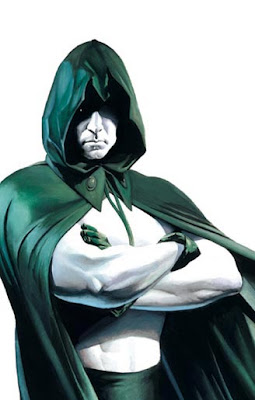 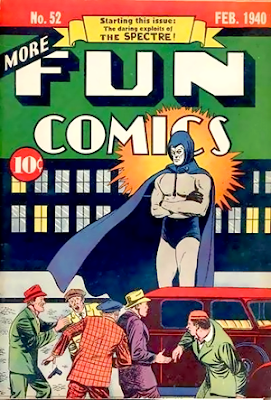 Debuting with a lead story of 'daring exploits' in "More Fun Comics" #52 (February 1940), the original premise followed a drowned, hard-boiled cop named 'Jim Corrigan', whose deceased spirit is refused entry into the afterlife. Corrigan is then sent back to Earth as 'The Spectre' to eliminate evil on the order of the disembodied entity, 'The Voice'. 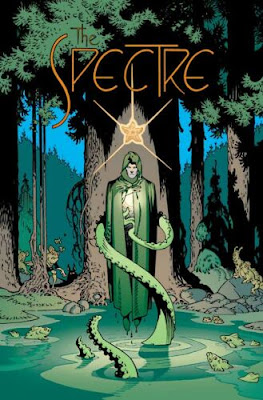 Feared as the most powerful known being in the universe, 'The Spectre' becomes capable of any feat while utilizing the mystic 'Ring of Life', starting a campaign of vengeance against Corrigan's killers in a grim, supernatural fashion, with victims turned to skeletons after a single touch. 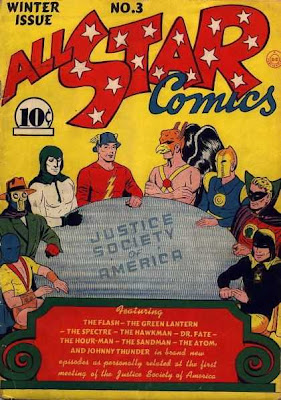 The Spectre is eventually awarded charter membership in the first comic book superhero team, the 'Justice Society of America', with his only weakness, the 'Spear of Destiny', that prevented him and other superhumans from entering Europe to fight the enemy during WW II. 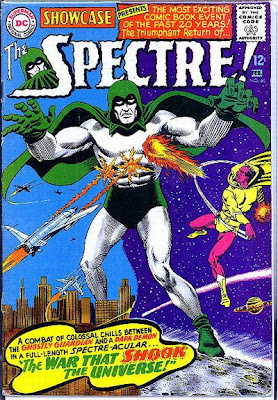 DC Comics revived the character in "Showcase" #60 (Feb. 1966), written by Gardner Fox and illustrated by Murphy Anderson, followed by a 10-issue "The Spectre" title starting December 1967. 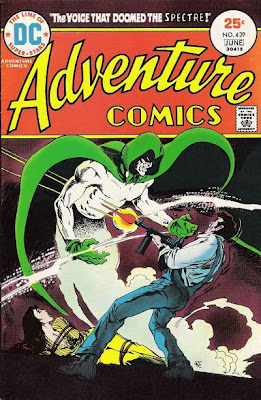 In the 1970's, DC revived the character again in the superhero anthology series "Adventure Comics".

The Spectre also appeared in the animated "Batman: The Brave and the Bold" episode "Chill of the Night!", voiced by Mark Hamill. 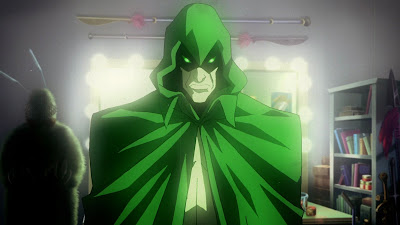 In 2010, the animated short "DC Showcase: The Spectre" was released, directed by Joaquim Dos Santos and written by Steve Niles, starring actor Gary Cole as Corrigan/The Spirit and Alyssa Milano as The Voice. 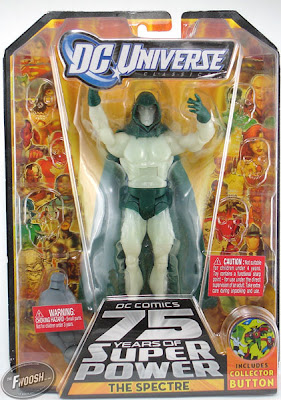 Click the images to enlarge and Sneak Peek "The Spectre"...
at 6:17 PM