Considered lost for more than 80 years, a rare animated cartoon, part of the first film series associated with young Walt Disney, has been discovered in a British film archive, predating 'Mickey Mouse'. 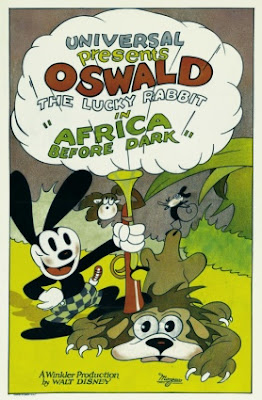 "Hungry Hobos" was one of 26 episodes featuring 'Oswald the Lucky Rabbit', a character created by Disney and cartoonist Ub Iwerks in 1927 for Universal Studios. 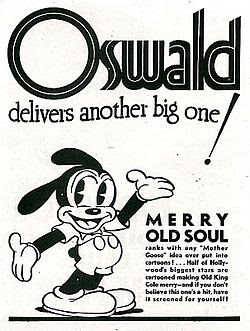 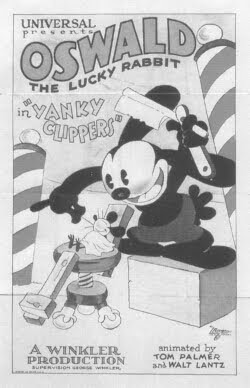 Dewar confirms that only 40,000 of the archive's 80,000 catalogued films have been accounted for. 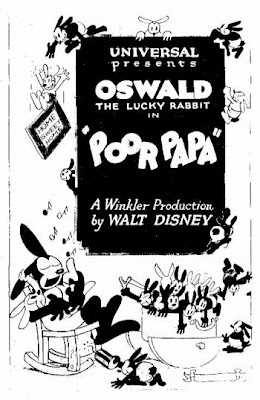 "'Oswald' is a proto-'Mickey'," said Dewar. "If you see him, you see the same shape of the head, the ears, the mannerisms". 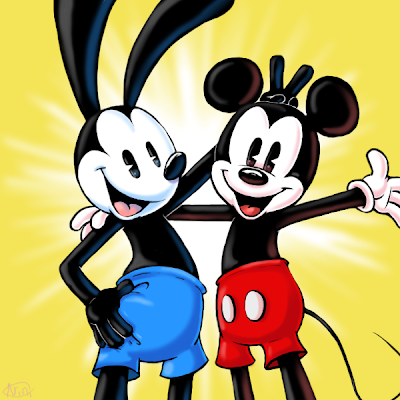 Click the images to enlarge and Sneak Peek 'Oswald The Lucky Rabbit'...
at 9:50 AM