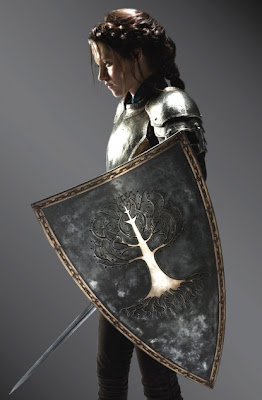 Directed by Rupert Sanders from a screenplay by Evan Daugherty, "Snow White" is the first of a planned trilogy, inspired by the Brothers Grimm fairy tale "Snow White and the Seven Dwarfs" : 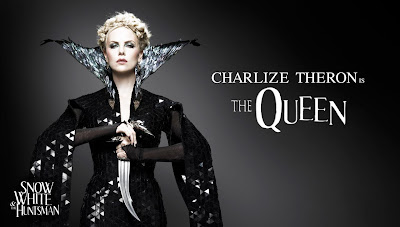 "...'Snow White' (Stewart) loves ' Prince Charmant' (Sam Claflin), a boy of the same age as her and from whom she was separated as a teen. 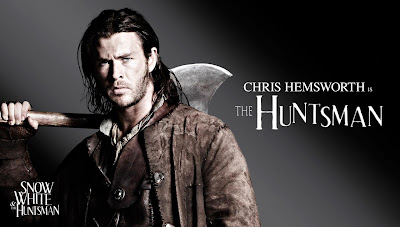 "She has been forced to live under the hard rules of ' Queen Ravenna' (Theron), where her only friends were forest animals that would come to see her. 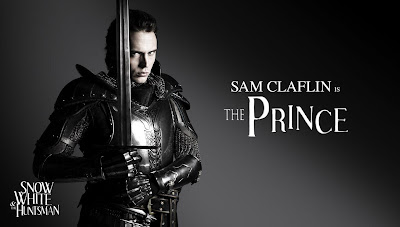 "Snow White's life is turned upside down when Ravenna discovers that Snow White is about to become 'the fairest'.

"When Snow White is driven from the castle, 'Eric' (Hemsworth), the huntsman, is sent to kill her. 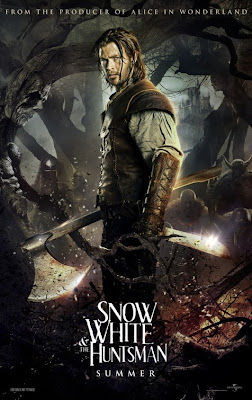 "Eric is haunted by the death of his wife, 'Sara', with whom he was deeply in love and cannot silence the pain caused by her loss. He drinks heavily and spends his days hunting for the 'White Wolf' that killed her. 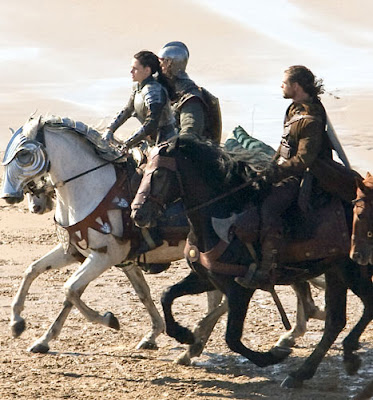 "He is purely mercenary, taking the money Ravenna offers to bring the most beautiful maidens in the land to the castle. 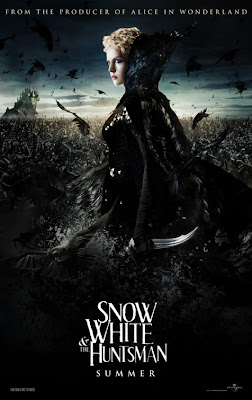 "However, when Eric discovers that the White Wolf works for Ravenna, he escapes with Snow White to the 'Dark Forest' and prepares to avenge his wife's death..." 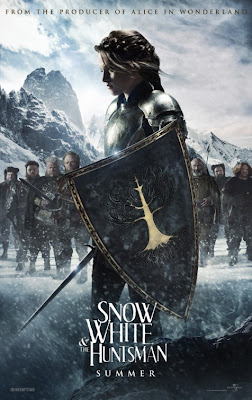 Casting of the 'Dwarves' in the film is predominantly 'CGI head grafting' onto the bodies of 'little people', showcasing actors Ian McShane as 'Caesar', Eddie Izzard as 'Tiberius', Bob Hoskins as' Constantine', Toby Jones as 'Claudius', Eddie Marsan as 'Hadrian', Stephen Graham as 'Nero' and Ray Winstone as 'Trajan'. 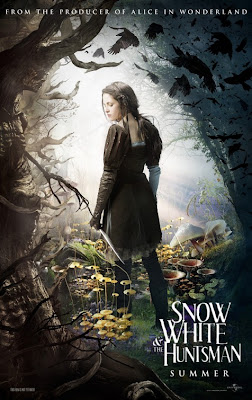 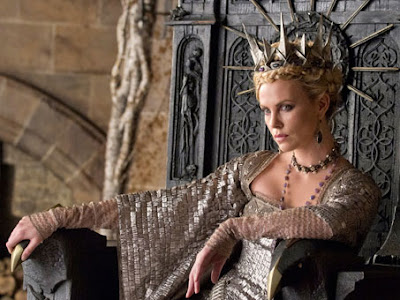 Click the images to enlarge and Sneak Peek "Snow White and The Huntsman"...
at 2:24 AM