Summer Start For "Sin City: A Dame to Kill For"

Robert Rodriguez and Frank Miller report that production will start Summer 2012 on the sequel to the 2005 feature "Sin City".

Dark Horse Comics' "Sin City: A Dame To Kill For", written/illustrated by Miller was first published in 1993 :

"...'Dwight McCarthy', working as a photographer for a man named 'Agamemnon', saves an 'Old Town' prostitute from a customer. That night he receives a call from a woman named 'Ava', asking him to meet her at 'Kadie's Club Pecos'.

"Dwight is suspicious of Ava who broke his heart four years ago by running off with another man, but he agrees to meet her anyway. 'Marv' is also there and greets Dwight. Ava arrives late and tries to persuade Dwight to take her back, claiming that her life is 'a living Hell', but Dwight refuses to listen.

"Just then, 'Manute', Ava's husband's valet, arrives and takes Ava away. Dwight goes home, but cannot sleep, deciding to check up on Ava and her new husband, 'Damien Lord'..." 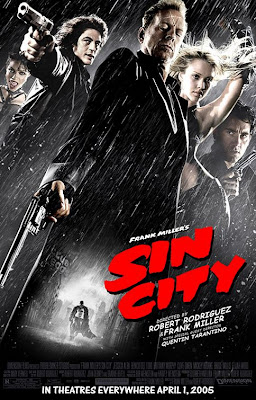 "The first 'Sin City' knocked out audiences who had never seen anything like it before," said "Sin City" movie screenwriter and co-director Frank Miller. 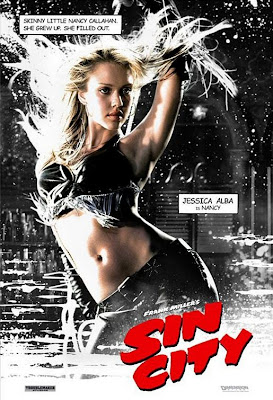 "Robert Rodriguez and I are going to shake things up and deliver a film experience that is going to go even further than the first."

Screenplay for "Sin City: A Dame to Kill For" was written by Miller and Oscar winner William Monahan ("The Departed").

The film is expected to begin production this summer at Rodriguez’ Texas-based Troublemaker Studios.