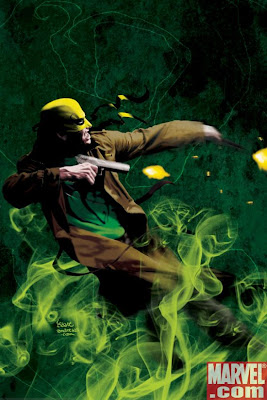 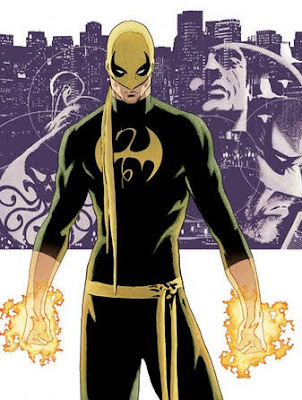 'Iron Fist' aka 'Danny Rand', a practitioner of martial arts was created by writer Roy Thomas and illustrator Gil Kane, debuting in "Marvel Premiere" #15 (May 1974). 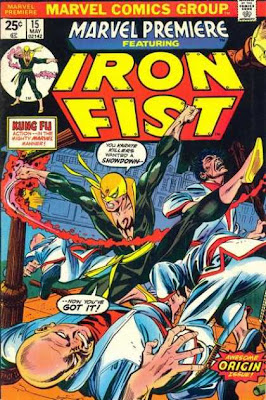 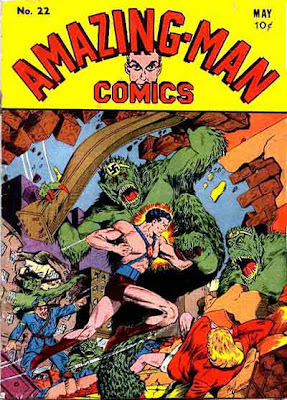 "I'd seen my first kung fu movie, even before a Bruce Lee one came out," said comics writer Thomas, "and it had a thing called 'the ceremony of the Iron Fist' in it." 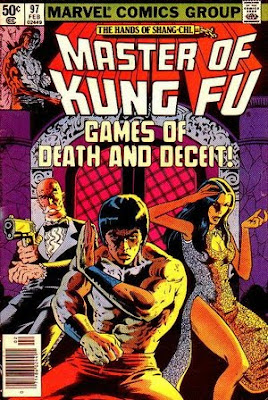 "I thought that was a good name, and we already had 'Master of Kung Fu' going, but I thought, 'Maybe a superhero called 'Iron Fist', even though we had 'Iron Man', would be a good idea'. Stan (Lee) liked the name, so I got hold of Gil and he brought in his 'Amazing Man' influences, and we designed the character together." 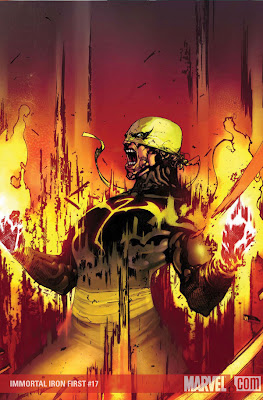 "...by plunging his fists into the molten heart of the dragon 'Shou-Lao the Undying', the dragon's superhuman energy was infused into 'Danny Rand', This along with training by 'Lei Kung the Thunderer' gave Danny the power of the 'Iron Fist', allowing him to summon and focus his chi (or natural energy), enhancing his natural abilities to extraordinary levels. 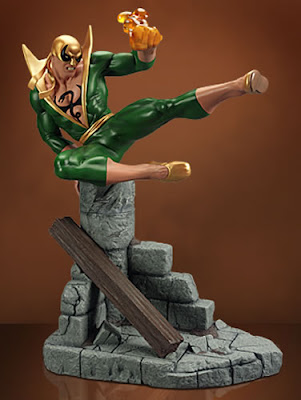 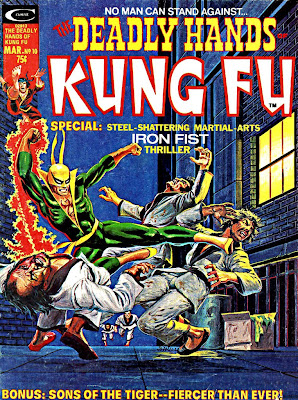