"...years after 'X-Men: Days of Future Past', some of the last of the 'merry mutants', including an aging 'Logan' aka 'Wolverine', whose healing factor is starting to fail...

"...and 'Charles Xavier' aka 'Professor X',  protect a young girl named 'Laura' who is being hunted by sinister forces.

Set fifty years into the future, it uses a similar premise to another Millar book, "Wanted", in which the world's super-villains band together to finally destroy all superheroes.

A new volume of "Old Man Logan" debuted in the "Secret Wars" (2015) storyline, written by Brian Michael Bendis and illustrated by Andrea Sorrentino, followed by an ongoing series January 2016, written by Jeff Lemire. 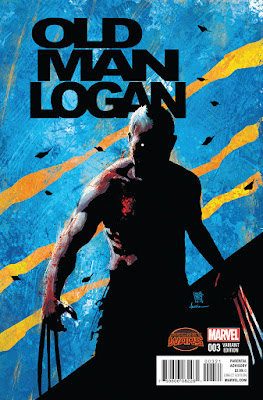 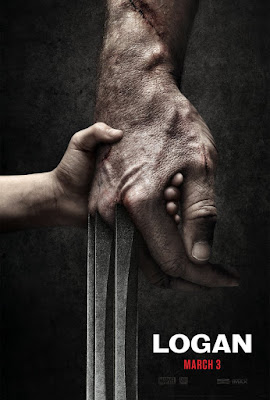 Click the images to enlarge and Sneak Peek "Logan"...