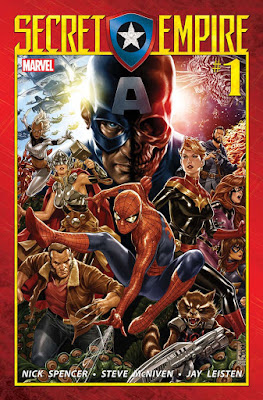 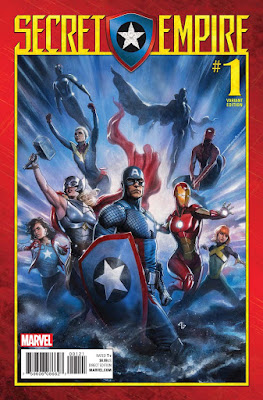 "...the 'Marvel Universe' is under siege from within. Due to the manipulations of the 'Red Skull', 'Captain America', secretly a true believer in the cause of 'Hydra', uses the trust and respect he has gained over the years to ascend to a position where he can enact Hydra's ideals. 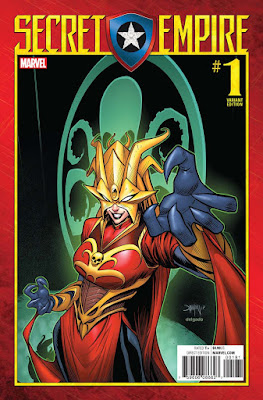 "But now, the dominos of his master plan will begin to fall. Ask yourself, what if your greatest ally was secretly your greatest enemy? Now, the rise of Hydra stands as a rallying cry for the heroes across the Marvel Universe. 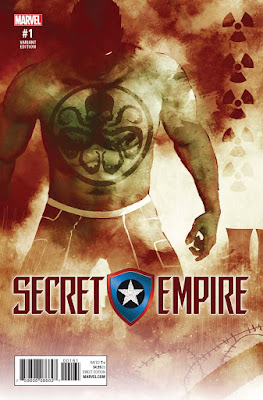 "'Avengers', 'Champions', 'Guardians', 'Defenders', 'X-Men', 'Spider-Man', 'Deadpool' and a whole lot more must unite. Put aside their differences and come together as one. The first and last line of defense against Hydra..." 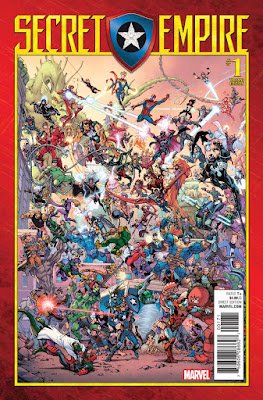