Gear Up For "Boilerplate" 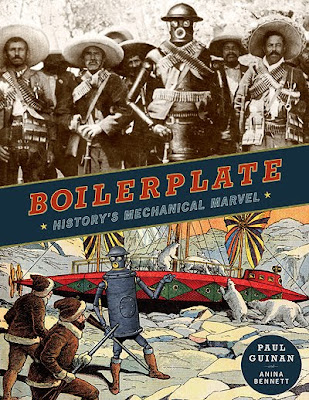 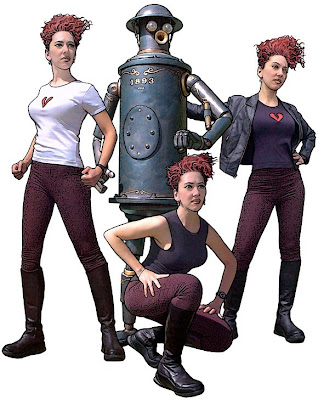 The 170-page book, including 350 illustrations/photos, written by authors Paul Guinan and Anina Bennett follows the adventures of a 'combat robot', designed during the Victorian Age as a 'protype soldier', that meets up with notable historical figures over a 100-year time line. 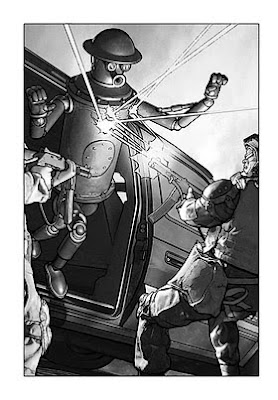 In the book, the character was built by 'Professor Archibald Campion', who unveiled his creation at the 1893 'World's Columbian Exposition' in Chicago. 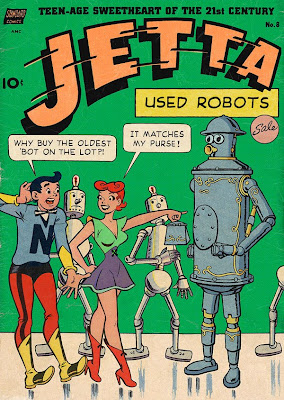 Designed for the self-proclaimed purpose of "...preventing the deaths of men in the conflicts of nations..." Boilerplate charges into combat during the 'Spanish-American War' and the 'Boxer Rebellion'. 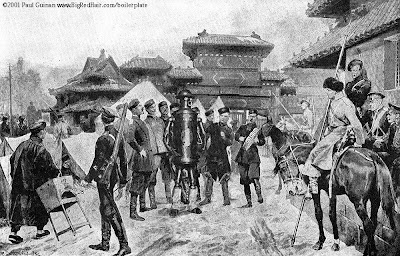 Campion and his robot also circle the planet with the US Navy, make silent movies and shmooze with the likes of Mark Twain and Nikola Tesla. 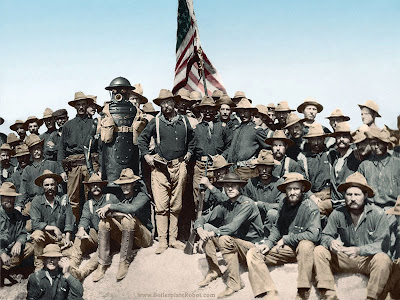 Boilerplate is also active in the First World War, but disappears during the relief of 'Major Whittlesey's Lost Battalion' and possibly captured by the Germans for study. 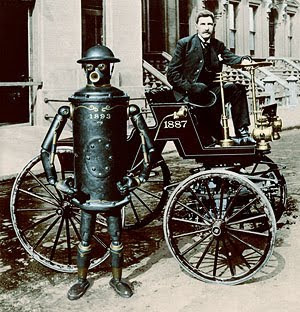 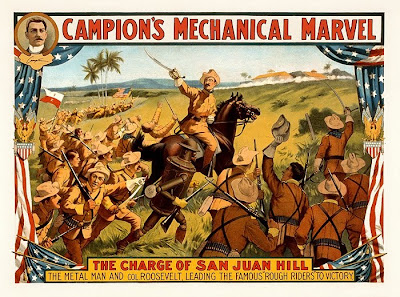 Click the images to enlarge and Sneak Peek "Boilerplate"...