Mattel Films and Universal Pictures will develop a live-action "Rock 'Em Sock 'Em Robots" movie, based on the Mattel tabletop game, starring Vin Diesel, to be produced by Samantha Vincent ("The Fast and the Furious"): 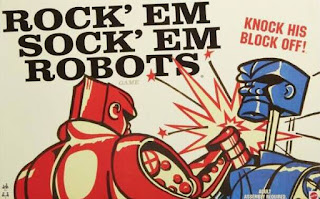 The original two-player action toy designed by Marvin Glass and Associates was first manufactured by the Marx toy company in 1964. 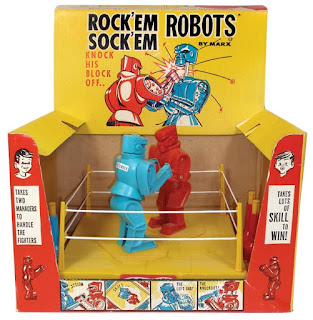 The game features two dueling robot boxers, 'Red Rocker' and 'Blue Bomber', mechanically manipulated by the players. Each player takes control of one of the two robots both of which are standing on a platform molded in bright yellow high-impact polystyrene plastic, representing a boxing ring. 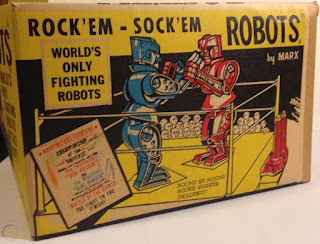 By pushing plunger buttons on a pair of joysticks at the base of the platform, players make their robot punch at their opponent's robot. If a robot's head is hit with sufficient force at a suitable angle, the head will make a sound overextending away from the shoulders, signifying "...his block is knocked off..." and the other player has won the round. Pushing the head back into the shoulder gets ready for the next round.

"To take the classic 'Rock 'Em Sock 'Em' game, with Mattel as my partner, and align it with the kind of world building, franchise making success we have had with Universal, is truly exciting," said Diesel. 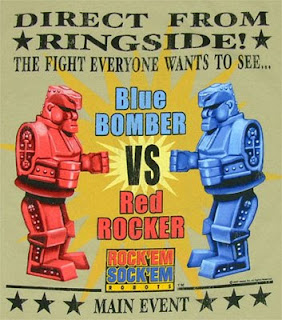