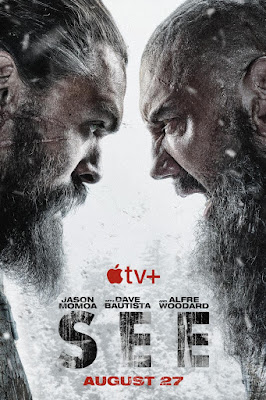 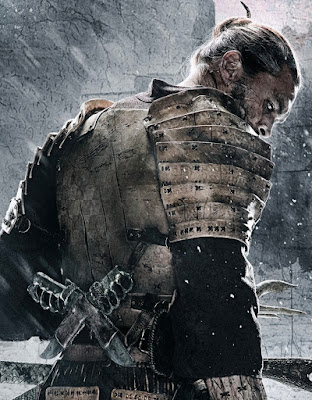 "...in the early twenty-first century, a deadly virus left only two million humans on earth alive, with those surviving losing their sense of sight. Centuries later society has found new ways to interact, build, hunt and survive without vision. 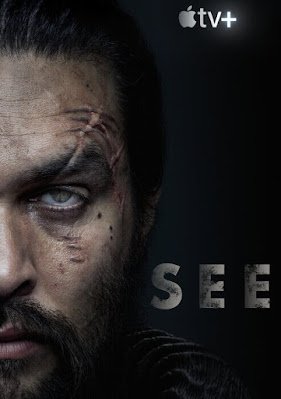 "In the mountains, 'Baba Voss', chieftain of the 'Alkenny' tribe, takes in a woman, 'Maghra', who comes to the Alkenny seeking shelter. 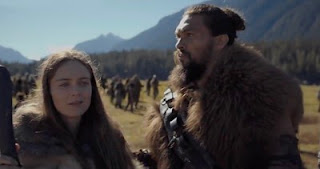 "Baba Voss has been unable to father children, and the woman is pregnant when she first arrives. The biological father, 'Jerlamarel', is an outlaw wanted by the 'Queen of the Kane Dynasty of Kanzua Dam' for the heresy of being 'sighted', or the ability to see. 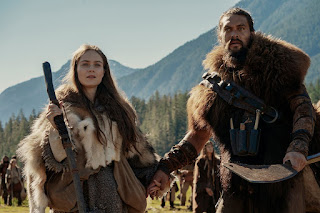 "Word spreads of Jerlamarel siring children, prompting a witch hunt for Jerlamarel and his offspring. 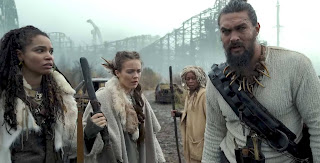 "Now Baba Voss must protect his family and his tribe against the Queen's army..." 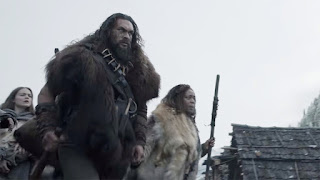