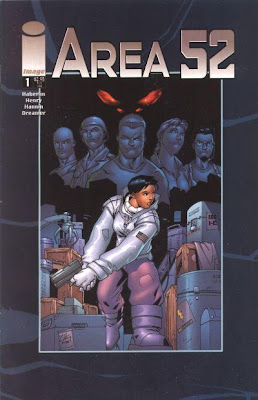 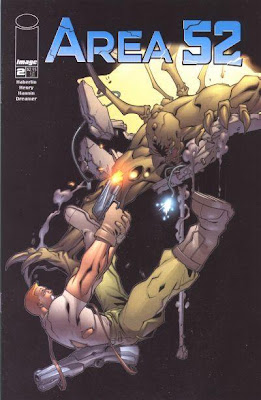 "...imagine the warehouse from the end of 'Raiders Of The Lost Ark', where the government stashes all of its other-worldly discoveries, from 'Excalibur' to 'alien' space ships. 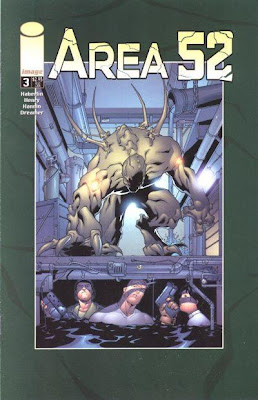 "They are all to be found at 'Area 52'. When the government has sufficiently probed, poked, prodded and catalogued it goes here to gather dust. 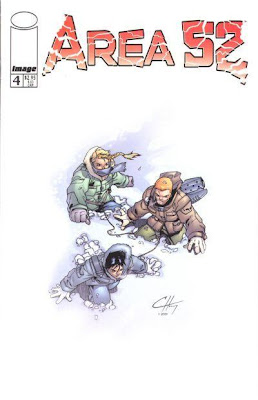 "That is until the base staff realize what they have been guarding in this remote high-tech warehouse wasn't just spare parts..."
Click the images to enlarge...
at 7:58 AM