"Green Lantern" Called Back To 'Oa' 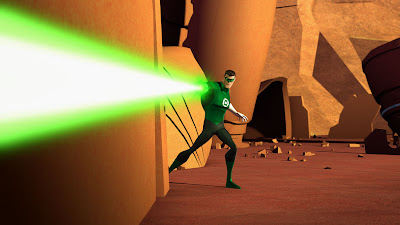 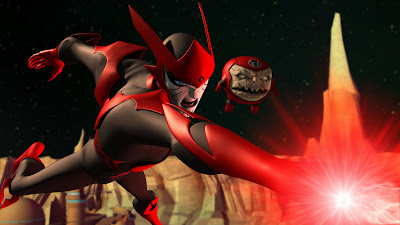 ".. Earth's 'Green Lantern', ace test pilot 'Hal Jordan', is used to being in dangerous situations but never anything like this. In the farthest reaches of deep space, Hal patrols the 'Guardian Frontier', where he must face down invasions from the 'Red Lantern Corps.', who have sworn to destroy all Green Lanterns and everything they stand for. With ever-emerging galactic threats, Hal is soon joined by an all-new group of heroes on a mission to protect 'Guardian Space' and the Green Lantern Corps...". 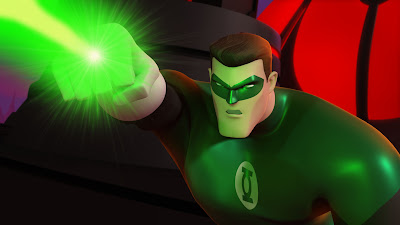 In the first part of the two-part series premiere episode, Hal Jordan (Josh Keaton), who leads a secret life as Earth's guardian Green Lantern, is called back to 'Oa'. Searching for the culprits behind a series of Green Lantern deaths in Frontier Space," Hal and 'Kilowog' (Kevin Michael Richardson) commandeer 'The Interceptor', a prototype spaceship powered by Lantern energy and an advanced artificial intelligence system that Hal names 'Aya' (Grey DeLisle). 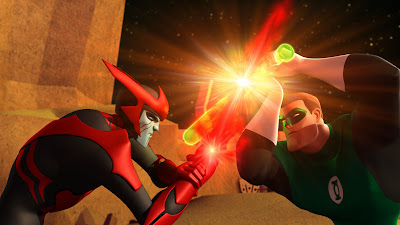 In the second half of the two-part episode, Hal and Kilowog discover that a group of Red Lanterns, including the conflicted 'Razer' (Jason Spisak) and 'Zilius Zox' (Tom Kenny) have been targeting and eliminating Green Lanterns in Frontier Space. Along with help from Green Lantern 'Shyir Rev' (Kurtwood Smith), Hal and Kilowog must stop the Red Lantern leader 'Atrocitus' (Jonathan Adams) from destroying Shyir's home planet of 'Colony 12'. 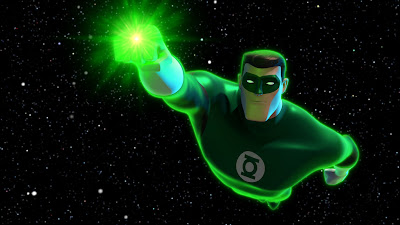 Click the images to enlarge and Sneak Peek "Green Lantern: The Animated Series"...
at 11:58 AM