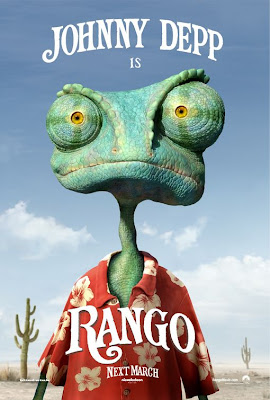 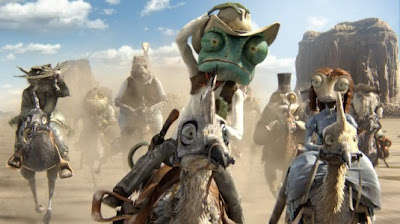 The 2011 Western comedy, directed by Gore Verbinski and produced by Graham King, follows a chameleon who winds up in the town of 'Dirt', an outpost in desperate need of a new town sheriff : 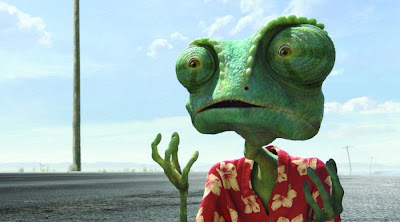 "...a pet chameleon (Johnny Depp) becomes accidentally stranded in the Mojave Desert after his terrarium falls from his owner's car. After meeting an armadillo named 'Roadkill' (Alfred Molina), he narrowly avoids being eaten by a red-tailed hawk.

"The next day he meets desert iguana 'Beans' (Isla Fisher), a rancher's daughter, who takes him to 'Dirt', an Old West town populated by desert animals. 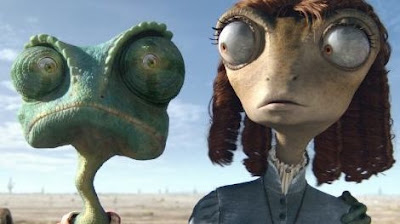 "At the 'Gas Can Saloon', the chameleon, using bravado and improvisation, presents himself as 'Rango', a tough drifter, who quickly gets in the face of outlaw 'Bad Bill' (Ray Winstone), narrowly avoiding a shootout. 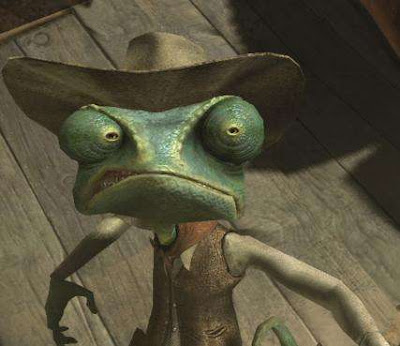 "When Rango kills the returning hawk, the Mayor (Ned Beatty) appoints him the new sheriff and has him start by investigating the criminal source of the town's water problem..." 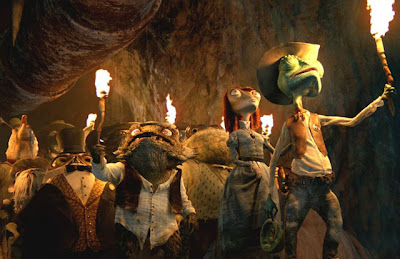 "Rango" screenplay is by John Logan, from a story by Verbinski and Logan. Music is by Hans Zimmer. Producers are Nickelodeon Movies, Blind Wink, GK Films and Industrial Light and Magic. 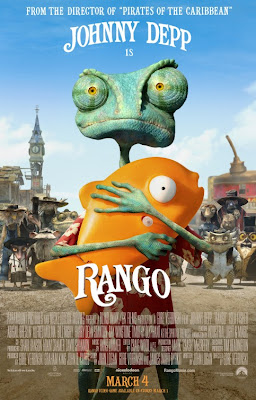 Click the images to enlarge and Sneak Peek "Rango"...