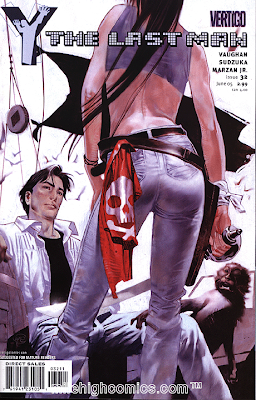 According to reports, the the film adaptation of writer Brian K. Vaughan's 2002 graphic novel series "Y: The Last Man" will be written by Matthew Federman and Stephen Scaia ("Human Target") for New Line. 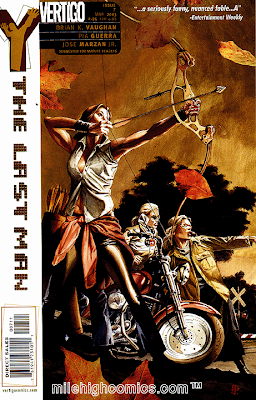 Illustrated by Pia Guerra, "Y: The Last Man" ran for 60 issues, following the story of 'Yorick Brown', who along with his capuchin monkey, 'Ampersand' survives a catastrophic event that kills off every living creature on the earth, that has a 'Y' chromosome. 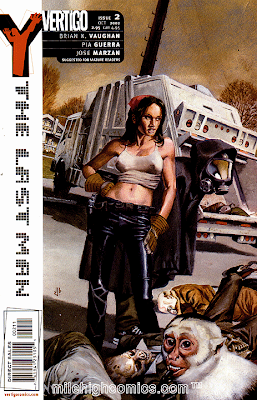 Left in a world of only women, Yorick teams with government operative '355' to try and uncover the truth about the plague and why he and he alone made it through alive.
Click the images to enlarge...
at 8:24 PM