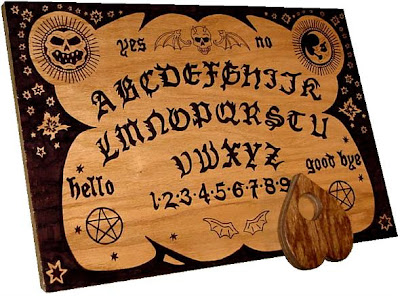 Universal, home of the most famous monsters in filmland, confirms renewed development of the board game "Ouija", as a low-budget, high-concept suspense thriller with Michael Bay's Platinum Dunes and Jason Blum's Blumhouse Productions attached to produce for a 2013 release. 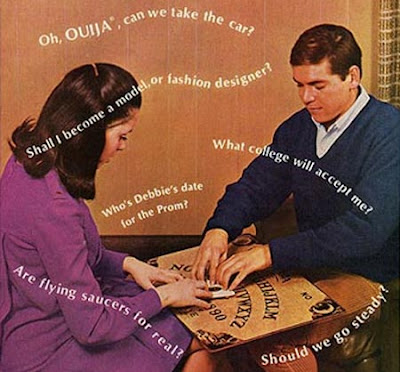 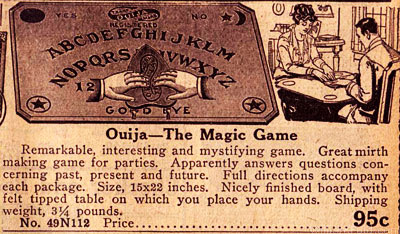 'Ouija' (French/German/Dutch for 'yes', 'oui' and 'ja'), aka 'spirit board' or 'talking board', is a flat board marked with letters, numbers and other symbols, designed to communicate with 'spirits'.

A 'planchette' (heart-shaped piece of wood) or movable indicator is used to indicate the spirit's message by spelling it out on the board during a 'séance'. 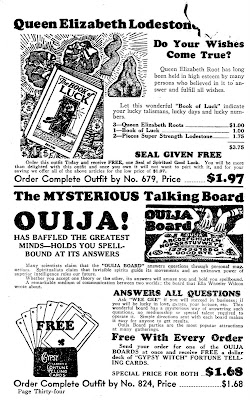 The fingers of the séance participants are placed on the planchette, which then moves along the board to spell out words or become physically manifest. 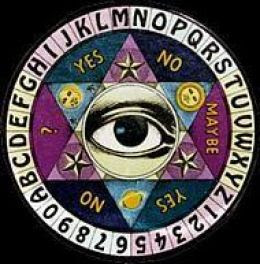 Following its commercial introduction by businessman Elijah Bond in the late 1890's, the Ouija board was regarded as a harmless parlor game unrelated to the occult until noted American Spiritualist Pearl Curran popularized its use as a 'divining' tool during World War I. 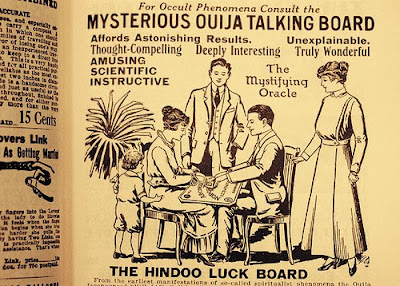 While Ouija believers feel the paranormal or supernatural is responsible for Ouija's action, it may be more explained by unconscious movements of those controlling the pointer, a psychophysiological phenomenon known as the 'ideomotor' effect. 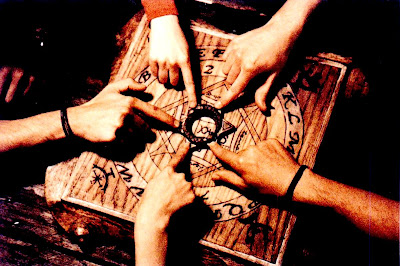