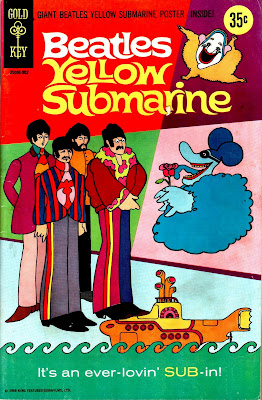 The classic 1968 animated feature "Yellow Submarine" showcasing music by the Beatles continues to be carefully restored frame-by-frame for a special DVD release May 28, 2012, with 'specialists' working for months to individually clean each frame of the film by hand, according to Beatles' holding company Apple Corps Ltd. 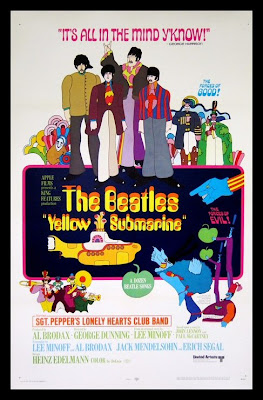 Automated software was not chosen for the restoration, because of the delicate nature of the hand-drawn artwork. 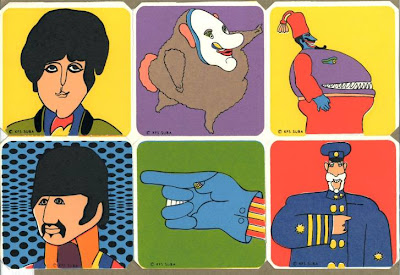 The musical fantasy depicts surreal cartoon versions of the Beatles and images from some of their psychedelic songs, with compositions including "Lucy in the Sky With Diamonds" and "Eleanor Rigby". 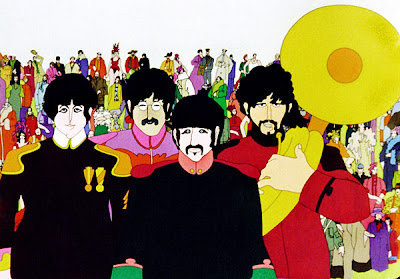 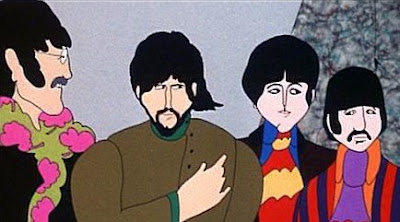 But the land falls under a surprise attack by the music-hating 'Blue Meanies' who seal the band inside a music-proof bubble, immobilizing the Pepperlanders and draining the countryside of color. 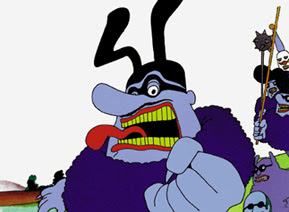 In desperation, Pepperland's 'Lord Mayor' sends 'Fred' the sailor off to Liverpool in a yellow submarine to recruit Ringo (singer of the "Yellow Submarine" song) and his mates, 'John', 'George' and 'Paul' to save the land from the Meanies. 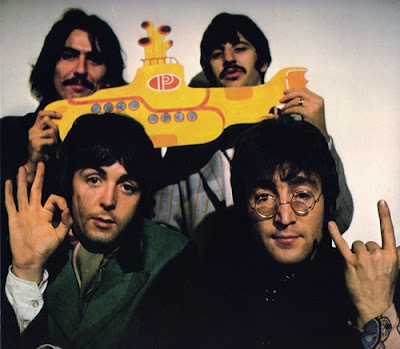 Based on a screenplay written by producer Al Brodax, from a short story by Lee Minoff, "Yellow Submarine" also features a live action sequence at the end of the film, starring the Beatles, directed by Dennis Abey. 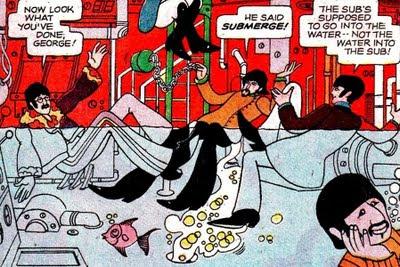 Click the images to enlarge and Sneak Peek the original 1968 "Yellow Submarine" trailer...