"Ant-Man" Crawling To The Big Screen

According to reports, Marvel Studios' Kevin Feige confirms that that the studio's developing "Ant-Man" feature, based on the Marvel Comics character is definitely in the pipeline to be adapted as a major motion picture. 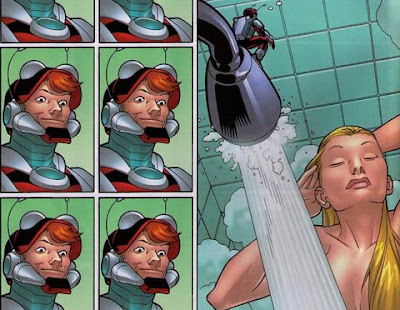 "It’s as close as it’s ever been," said Feige about "Ant-Man". "Edgar (Wright) is getting excited to get behind the camera again and start some advanced prep work for 'Ant-Man'. We are going to take some forward steps in a few months that will bring it closer than ever. In terms of a release date, I don’t know.” 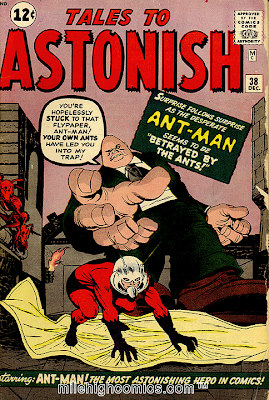 'Ant-Man' was created in 1962 by writer Stan Lee and illustrator Jack Kirby for Marvel's "Tales to Astonish" #35. 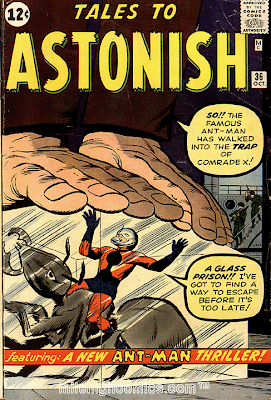 Scientist 'Dr. Henry Pym' invented methods for an individual to be reduced in size, as well as a 'cybernetic' helmet to control insects with feelers, specifically ants. 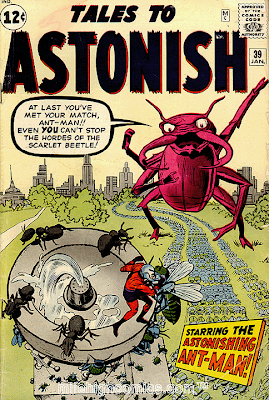 The second Ant-Man was 'Scott Lang', a thief who reformed with the aid of Pym and 'Iron Man', becoming an affiliate of the Fantastic Four and full-time member of the 'Avengers'.

'Eric O'Grady', the third Ant-Man was a low-level agent of counter-terrorism organization 'S.H.I.E.L.D.', before he stole the Ant-Man armor "...to get chicks." 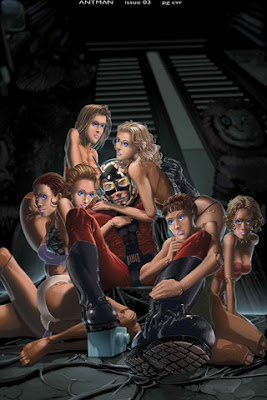 Director Wright, who researched 'nanotechnology' for the "Ant-Man" feature, plans to deliver "a full-on action adventure sci-fi film but with a comedic element", working from his own screenplay adaptation, co-written by Joe Cornish ("Attack The Block"). 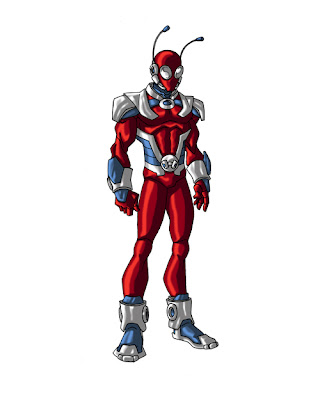 Both Pym and Lang will appear in Wright's film, with Pym as Ant-Man in his 1960's guise and a flashforward to the present with Lang as Ant-Man's successor.
Click the images to enlarge...
at 8:17 PM