"The Art of the Mass Effect Universe" 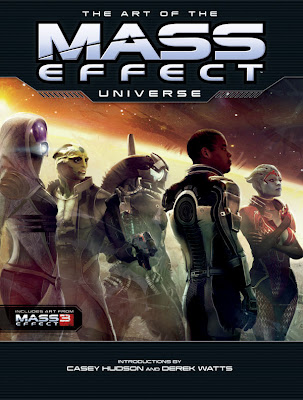 Thanks to BigGameHunter, Sneak Peek illustrations from the Dark Horse/BioWare hardcover book "The Art of the Mass Effect Universe", by Casey Hudson and Derek Watts, based on the video game series by Canadian developer BioWare. 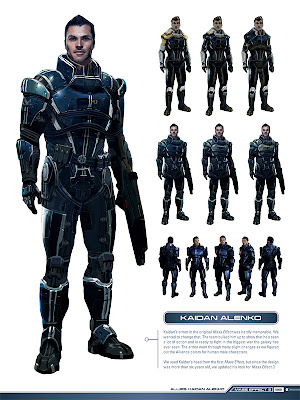 "...featuring concept art and commentary by BioWare on the games' characters, locations, vehicles, weapons, 'The Art of the Mass Effect Universe' is the most complete companion available to gaming's most compelling series, the 'Mass Effect' trilogy..." 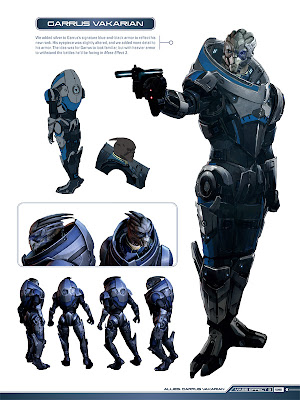 "Mass Effect', the series of sci-fi action role-playing video games developed by BioWare for the Xbox 360, Microsoft Windows and PlayStation 3, was first released in 2007, beginning with a 'player-created' character named 'Commander Shepard' and his/her mission to save the galaxy from a race of mechanical beings known as the 'Reapers' and its followers, including 'Saren Arterius'. 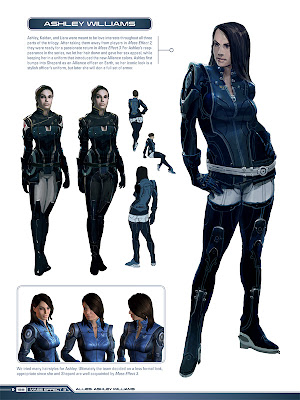 The first game sees Shepard facing 'Sovereign', a Reaper left as a vanguard, who plans to allow the Reaper fleet currently hibernating in extra-galactic dark space to invade the 'Milky Way'and destroy all sapient organic life, continuing a mysterious cycle of destruction. 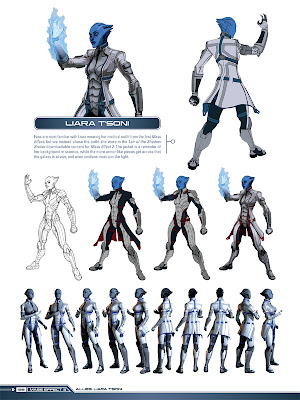 The second game takes place two years later, and sees Shepard battling the 'Collectors', an alien race abducting entire human colonies in a plan to help the Reapers return to the Milky Way. 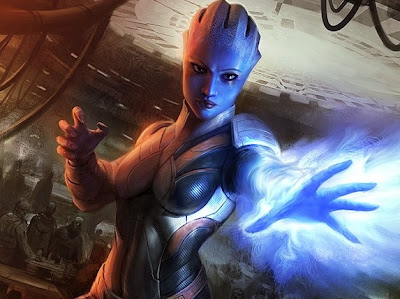 The third and final game centers on the final battle against the Reapers.
Click the images to enlarge...
at 8:42 AM