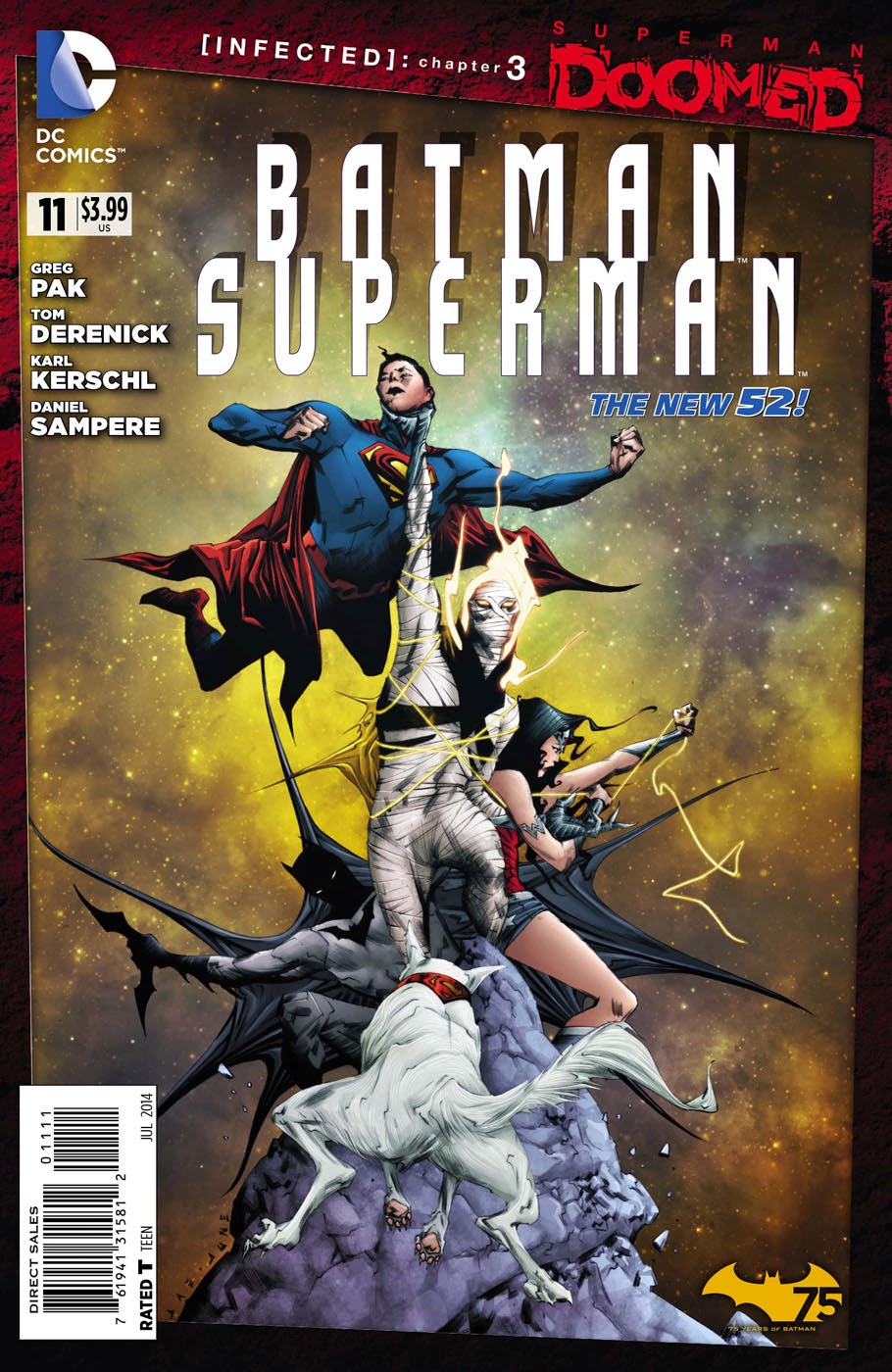 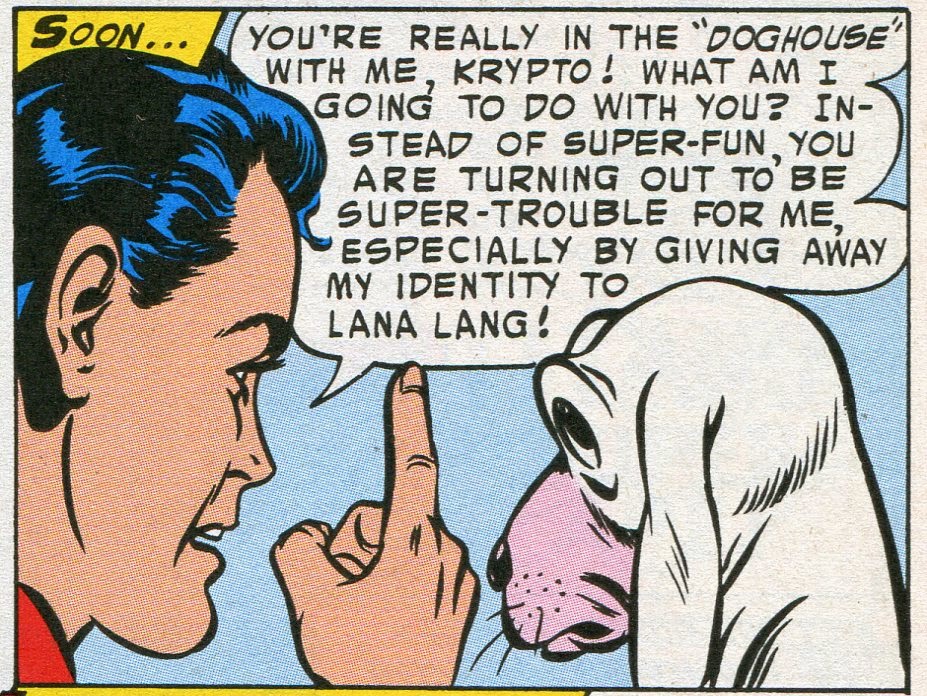 'The Legion of Super-Pets' currently appear in the "DC Nation Superman 75th Anniversary" short that was screened @ New York Comic Con 2013 and included in the "Man of Steel" DVD release. 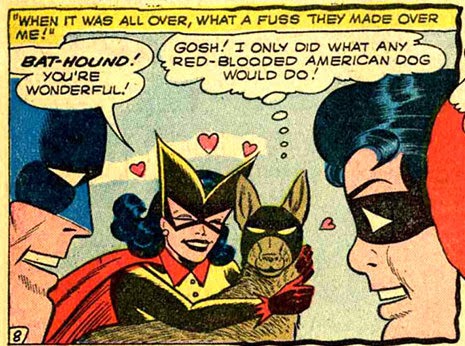 Although animal members of "The Legion Of Super-Pets" had appeared in various comic books throughout the years, the super-animals made their official team debut in DC's "Adventure Comics" #293 (February 1962). 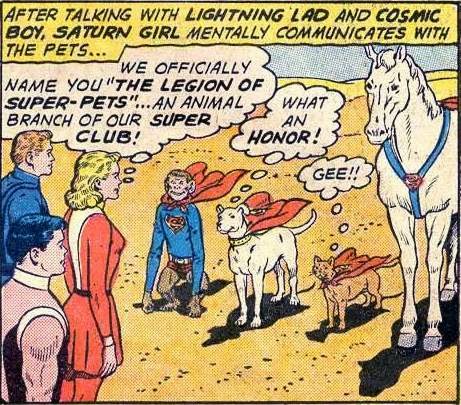 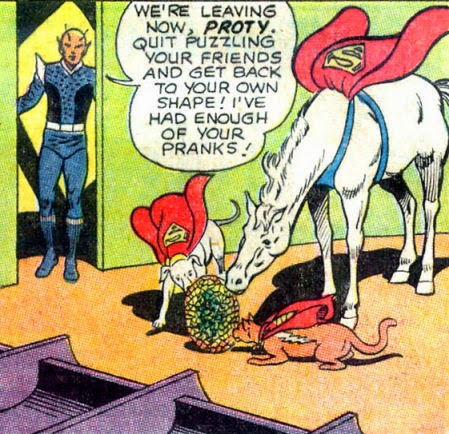 Significant appearances include issue #322 (July 1964) when 'Proty II' is initiated onto the team and issue #343 (April 1966), with the 'Super-Pets' helping the 'Legion of Super-Heroes' battle the 'Luck Lords'. 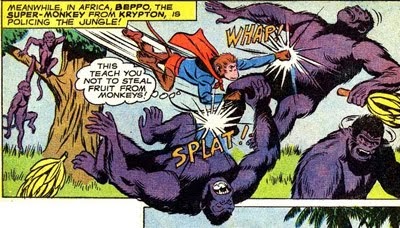 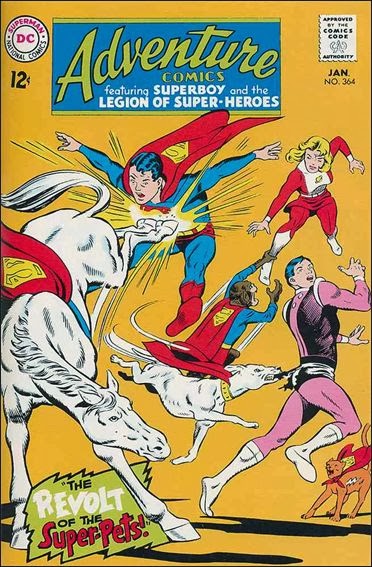 The team rarely appeared after the Silver Age except for 'Krypto' who become a supporting character in various "Superman" comic book titles. 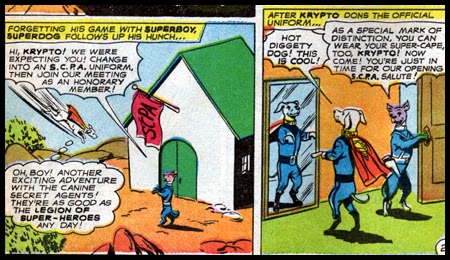 Other versions of the 'Super-Pets' appeared in "DC Super Friends" #14 and on the cover of Marvel Comics' "Not Brand Echh" #7. 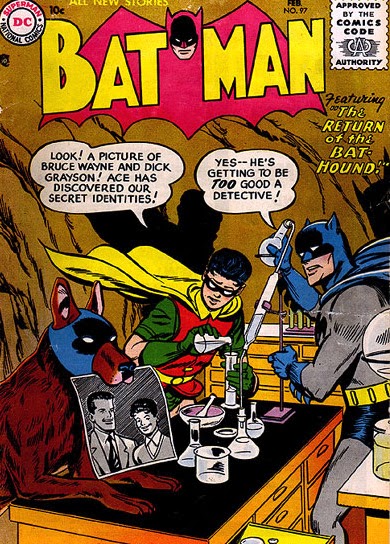 Also in Super Friends was the 'Aquaman' octopus 'Topo' and 'Jumpa' the 'Wonder Woman' kangaroo. The group was led by 'Ch'p', a squirrel-like 'Green Lantern', that became the 'inspiration' for Marvel's 'Rocket Racoon' from "Guardians Of The Galaxy". 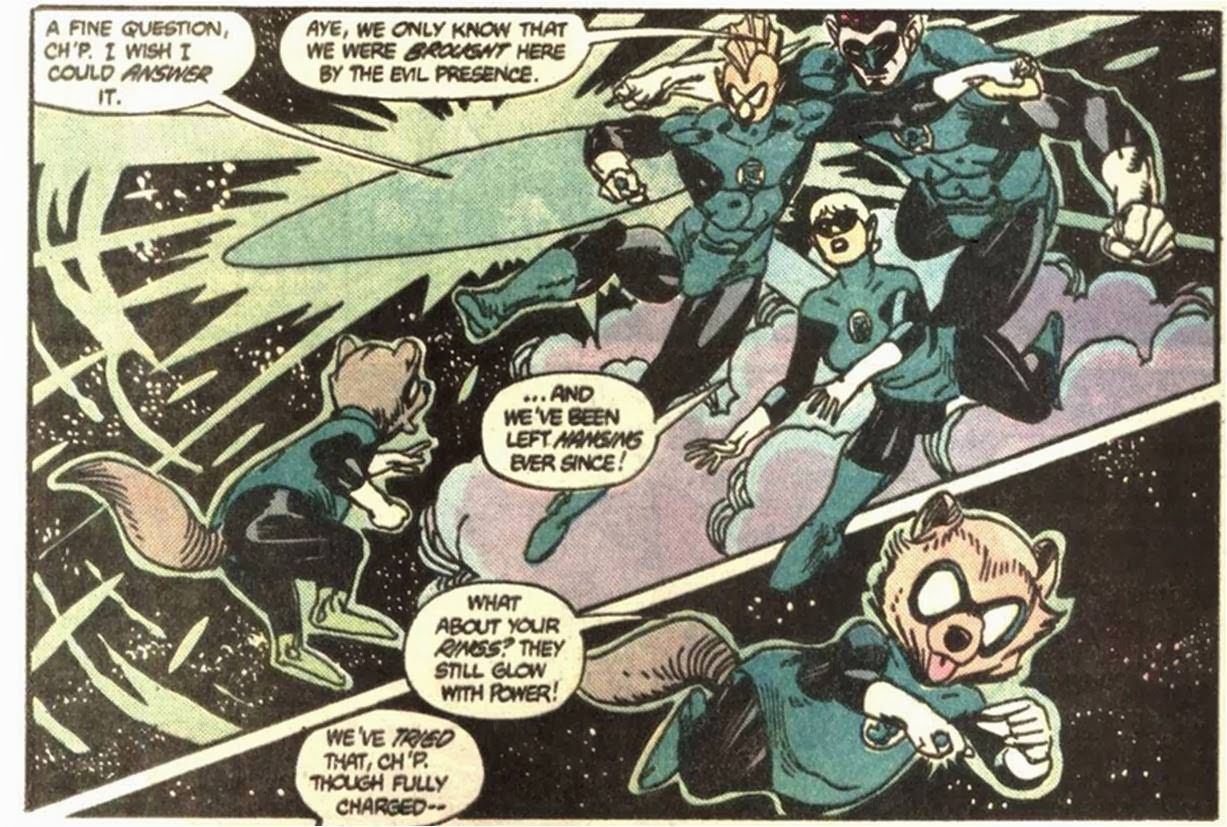