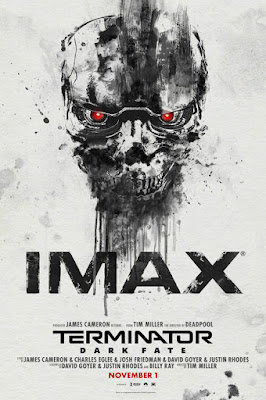 Produced by "Terminator" creator James Cameron, director Tim Miller ("Deadpool") is 'disappointed' his feature "Terminator: Dark Fate", the official sequel to Cameron's "Terminator 2: Judgment Day", released November 1, 2019, has fallen short of a blockbuster showing, earning domestic $58,331,297 and international $176,800,000 for a worldwide total to date of $235,131,297. The reason for a lackluster domestic showing ? Could be that US fans are nervous about sitting in a cinema, where mass shootings are promoted as 'entertainment' and that actor Arnold Schwarzenegger is an avowed 'never-Trumper', with a percentage of 60 million US Trump voters refusing to support the production: 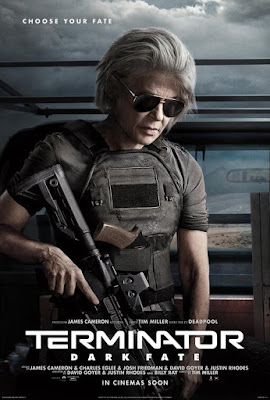 "I'm sure we could write a book on why it didn't work," said Miller. "I'm still not sure and I'm processing, but I'm very proud of the movie." 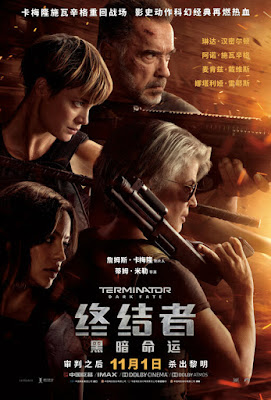 "..."...27 years after the events of 'Terminator 2: Judgment Day', a new, modified liquid metal 'Terminator' is sent from the future by 'Skynet' in order to terminate 'Dani Ramos'... 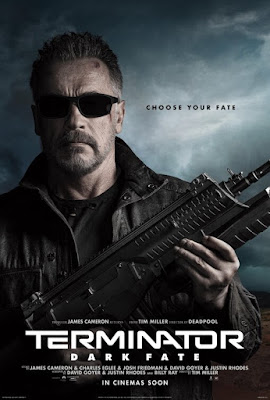 "... a hybrid cyborg human, and her friends. 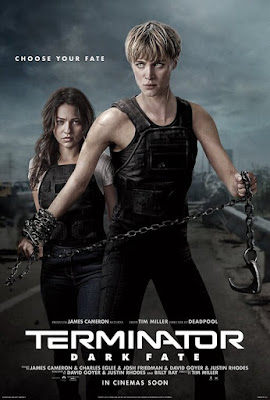 "'Sarah Connor' comes to their aid, as well as the original Terminator for a fight for the future..."

""The trilogy will have predator drones and actual discussions," said producer Cameron, "on the ethics of having a robot have its own kill decision possibilities. 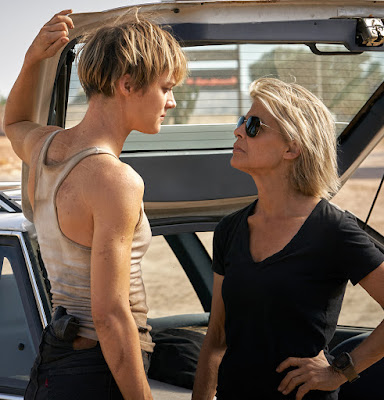 "When I became aware of the fact that I could back into a control position on the rights, I started to ask myself artistically, 'Is there anything there?

"Is there anything to be said that I haven’t already said... 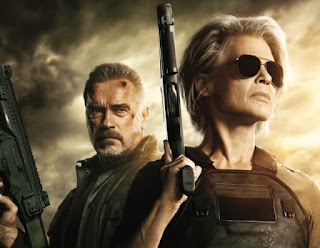 "I thought, 'Well, let’s look at that'. I mean, a lot of the things that were science fiction in 'Terminator' are now around us…" 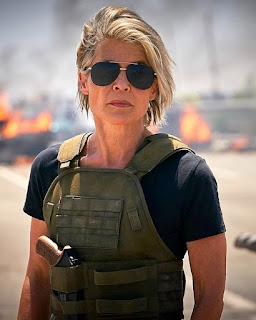 "The 'Terminator' films are all about artificial intelligence. But I would say we're looking at it differently than when I wrote the first story in 1982.

"That was just your classic 'technology bad, smart computers bad' kind of thing. Nowadays though — it's got to be a much more nuanced perspective.

As for Schwarzenegger’s character, Cameron said "...there could be a reason all the 'Terminators' looked like the same person...

"...based on a man whose 'DNA' was used to create the robot's human appearance. 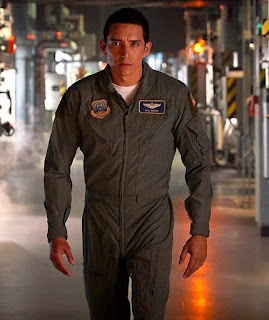 "But who was this man, and what was his relationship to 'Skynet'?..."

"I think James Cameron and Tim Miller came up with a concept where they can continue on with the 'T-800' but make a whole new movie," said Schwarzenegger. 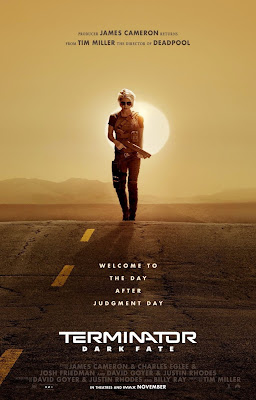 "What they are doing now with this one is basically to just take a few very basic characters...

"...like Linda Hamilton's character and my character, and dismiss everything else.

"Just move away from all these rules of the timeline and other characters..."