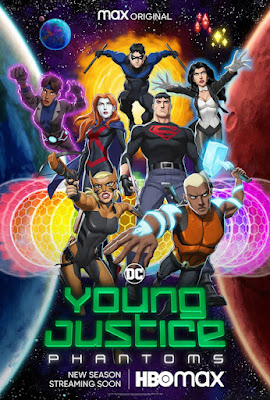 "Young Justice: Phantoms" is the title of Season Four of  the animated TV series "Young Justice", with 26 new episodes, based on the DC Comics superhero characters, 'streaming soon' on HBO Max: 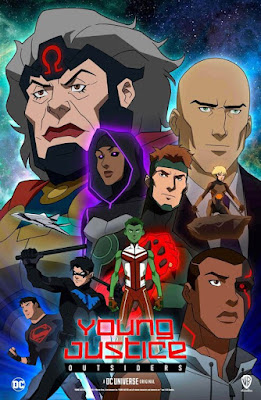 "...a group of young superheroes undergo covert ops missions that the 'Justice League' will not handle. 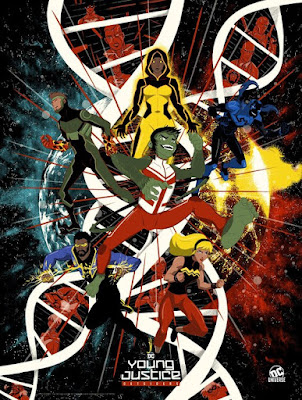 The original team was 'Dick Grayson' as 'Robin', 'Wally West' as 'Kid-Flash', 'Aqualad', 'Miss Martian', 'Artemis', 'Zatanna' and 'Rocket'. In later Seasons, the roster was expanded to include  'Beast Boy', 'Blue Beetle' and 'Cyborg'..." 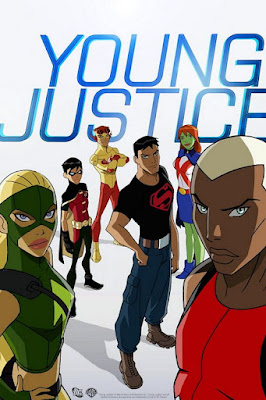