A Big Hand For "The Puppet Monster Massacre 2" 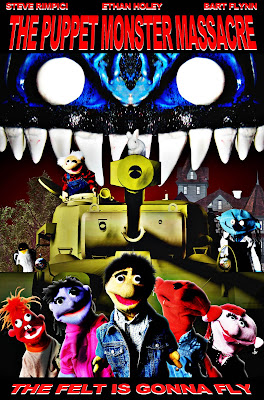 You gotta' hand it to the producers of the hilarious film "The Puppet Monster Massacre", released July 2011, with its 'Muppets' looking clones that spare no ludicrous attempt to homage horror movies. 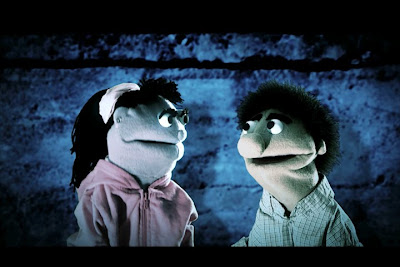 Created by writer/director Dustin Mills and a small ragtag crew of actors and puppeteers, Mills will string his fans along for "PMM2", but won't keep them hanging for very long, as he kick-starts a campaign to raise "PMM2" funding that you can be a part of @ indiegogo.com/The-Puppet-Monster-Massacre-2-Zombunny-Apocalypse. 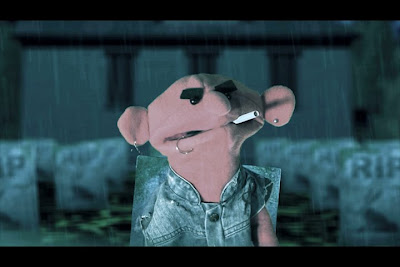 "We have big plans for "PMM2", said Mills, "badder, better, and sexier than the first, with more puppet nudity and foul language..." 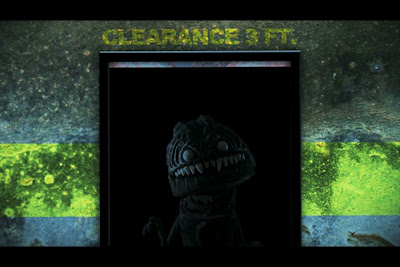 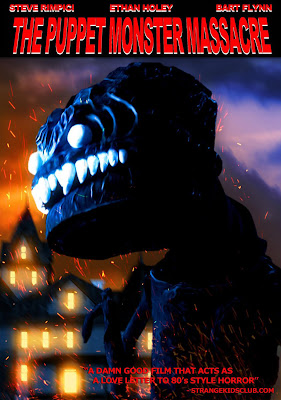 Click the images to enlarge and Sneak Peek "The Puppet Monster Massacre"...