"The Good, The Bart and The Loki" on Disney+ 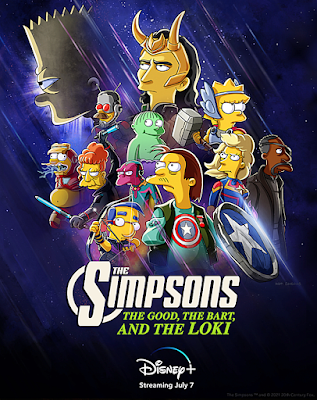 The new cartoon short "The Simpsons: The Good, The Bart, And The Loki" described as 'Marvel-Themed', is now streaming on Disney+: 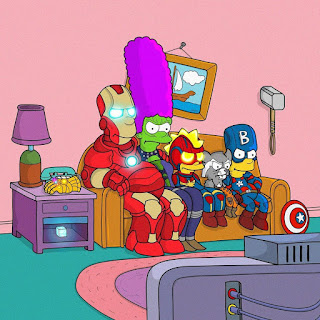 "...'Loki' is banished from 'Asgard' once again and must face his toughest opponents yet: the 'Simpsons' and the 'Springfield' heroes. 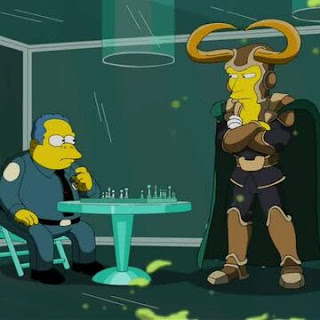 "The god of 'Mischief' teams up with 'Bart Simpson' in the ultimate crossover event paying tribute to the 'Marvel Cinematic Universe of Super Heroes'...and villains. " 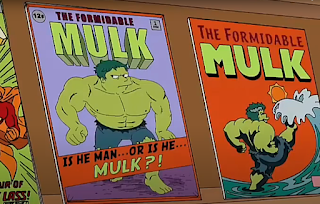